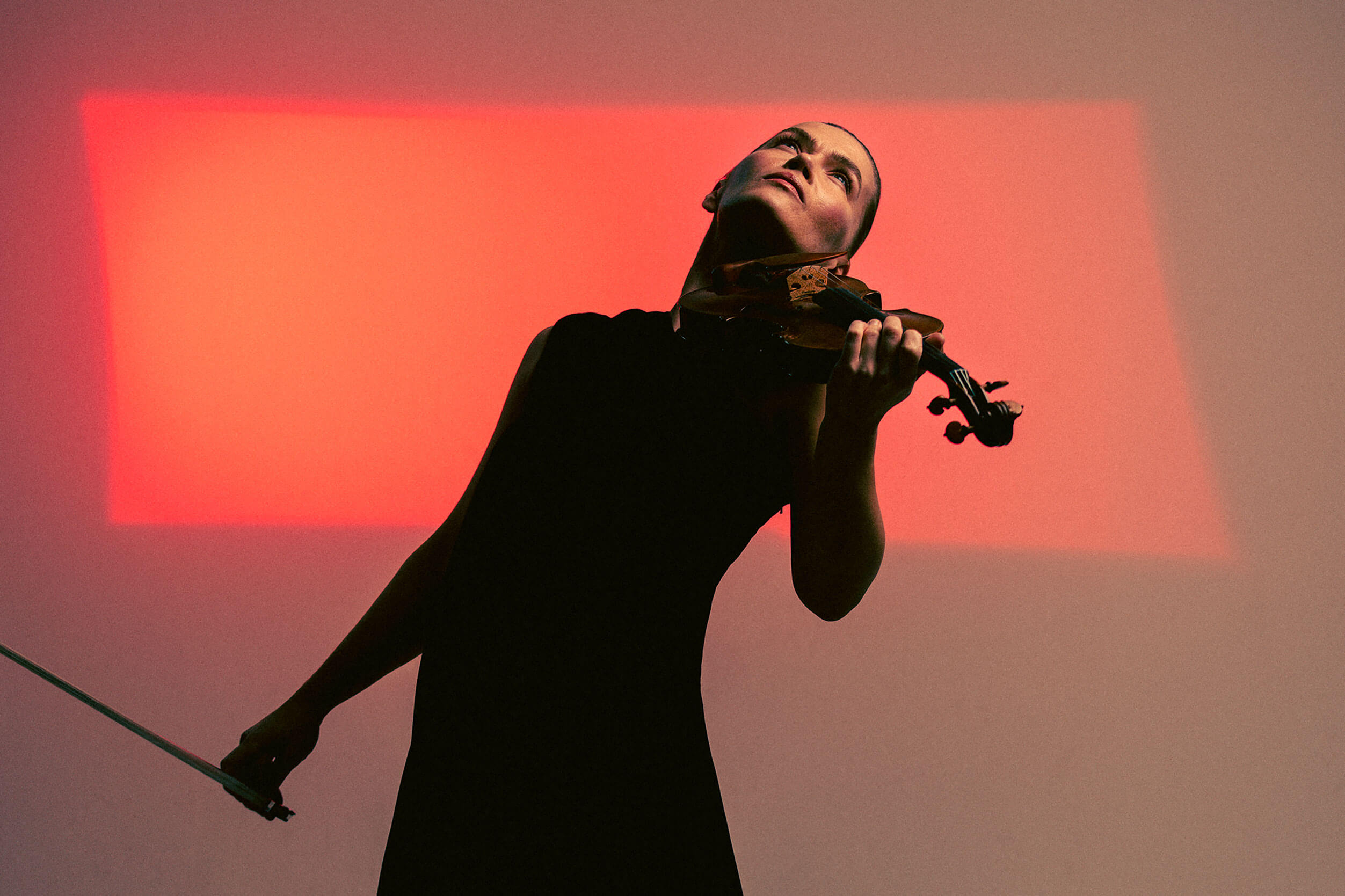 This message is only visible to admins.
Problem displaying Facebook posts. Backup cache in use.
Error: Unsupported get request. Object with ID 'posts' does not exist, cannot be loaded due to missing permissions, or does not support this operation. Please read the Graph API documentation at https://developers.facebook.com/docs/graph-api
Type: GraphMethodException

Imaginative and eloquent, violinist Mari Samuelsen is known for her breath-taking artistry and adventurous approach to programming and presentation. With a technique that blends virtuosity and entrancing musical finesse, Mari presents an innovative musical universe that knows no barriers between the music of such composers as Anna Meredith, Max Richter, Hannah Peel, Caroline Shaw, Arvo Pärt, Pēteris Vasks and Jeff Mills, and that of Bach, Phillip Glass, Beethoven and Vivaldi. Her drive to not do what is traditionally expected, is what has turned Mari Samuelsen into an inspiration for a global audience.

Mari has appeared as soloist and recitalist on many of the world’s leading stages, including New York’s Carnegie Hall, the Hollywood Bowl, London’s Barbican Centre, Berlin’s Konzerthaus and Paris’ Philharmonie and Théâtre des Champs-Elysées. She has recently performed with the Orchestre National de Lyon, with appearances at the Berlin Philharmonie and Hamburg Elbphilharmonie, as well as the Radio France Festival in Montpellier.

Recent and upcoming highlights has seen Mari Samuelsen perform with the Frankfurt Radio Orchestra alongside Alice Merton, returns to the BBC Concert Orchestra in London, as well as performances in Spain at the Palau de la Música in Barcelona, Amsterdam’s Concertgebouw, Bratislava, Slovakia with Slovak Philharmonia at Viva Musica! Festival; Ottawa, Canada, and visits to CC Hasselt and Leuven, Belgium with Casco Philharmonic.

In terms of collaborations, she regularly works with the British composer, Max Richter, as a soloist in concert performances of both his Recomposed and Memoryhouse, as well as on his recent Deutsche Grammophon album, Voices. Mari Samuelsen’s recent work also includes collaborations with electronic music artists Jeff Mills and Dubfire and multimedia artist Philipp Geist. Her ground-breaking explorations of contemporary art and classical music as artistic director of Oslo’s Yellow Lounge for its first two seasons reaffirm her position as an innovative artist who is reaching out to new audiences.

Mari is an exclusive Deutsche Grammophon artist. 2022 marks the release of her second album for the distinctive Yellow Label, named LYS, meaning “light” in Norwegian features new commissions for her from the likes of Hannah Peel, Anna Meredith, Laura Massoto and MEREDI as well as existing works from Caroline Shaw and Hildur Guðnadóttir. In 2019 she released MARI, her debut recording, and was lauded by Gramophone magazine for her ‘Seriously impressive playing…hand-crafted precision.’ As well as dominating the classical charts, MARI and her previous albums were also number 1 hits in the popular charts in her home county of Norway.

Her presence, popularity and the impact of her music among new audiences is astonishing, having reached 34 million views in her YouTube video of Summer from Vivaldi’s The Four Seasons alone. Mari Samuelsen also has recorded the world premiere of James Horner’s double concerto for violin, cello and orchestra with her brother, Håkon Samuelsen, as the centrepiece of Pas de Deux, released on Mercury Classics (Universal Music). Very unusual for classical recordings, this album along-side with her first solo recording Nordic Noir as well as the 2019 release MARI were hits in the Norwegian pop  charts (reaching the No.1 and No.2 spots respectively).

A classically trained violinist, her studies with Arve Tellefsen and later at the Barratt Due Institute of Music in Oslo were followed by a decade with world-renowned professor Zakhar Bron at the Zurich University of the Arts.